Cats are enigmatic domesticates (and one could even argue whether they are domestic at all). In fact, the process of cat domestication is unique and unconventional, since it has led to profound changes in the behaviour of the target species, yet not paralleled by a spectrum of morphological variation as wide as observed in other animal species. The domestic cat was never primarily exploited for its economic or subsistence value, however, the intimate bond with humans made it one of the most successful species in nature. The relationship between cats and humans started in the Near East in the 9th millennium BCE, during the Neolithic, when wildcats were attracted to human settlements of the first sedentary communities as scavengers, and following the arrival of anthropogenic commensal rodents. Zooarchaeological and iconographic evidence suggests that Egypt may have been a second, later centre of cat domestication, probably as early as 1,700 BCE. In 2017, the analysis of more than 200 ancient cat mitochondrial DNA (mtDNA) sequences contributed to redesign the past distribution of wildcat Felis silvestris populations, revealing that the native range of Felis silvestris libyca, the ancestor of modern domestic cat, extended much farther west than previously believed, throughout Anatolia and southeast Europe for many millennia, possibly coexisting with the European wildcat (F. s. silvestris). We also found the first genetic evidence of domestic cat dispersal into Europe from the Near East by 4,400 BCE, in a late phase of the Neolithic, and a subsequent more significant radiation out of Egypt across the Old World during Classical Antiquity. 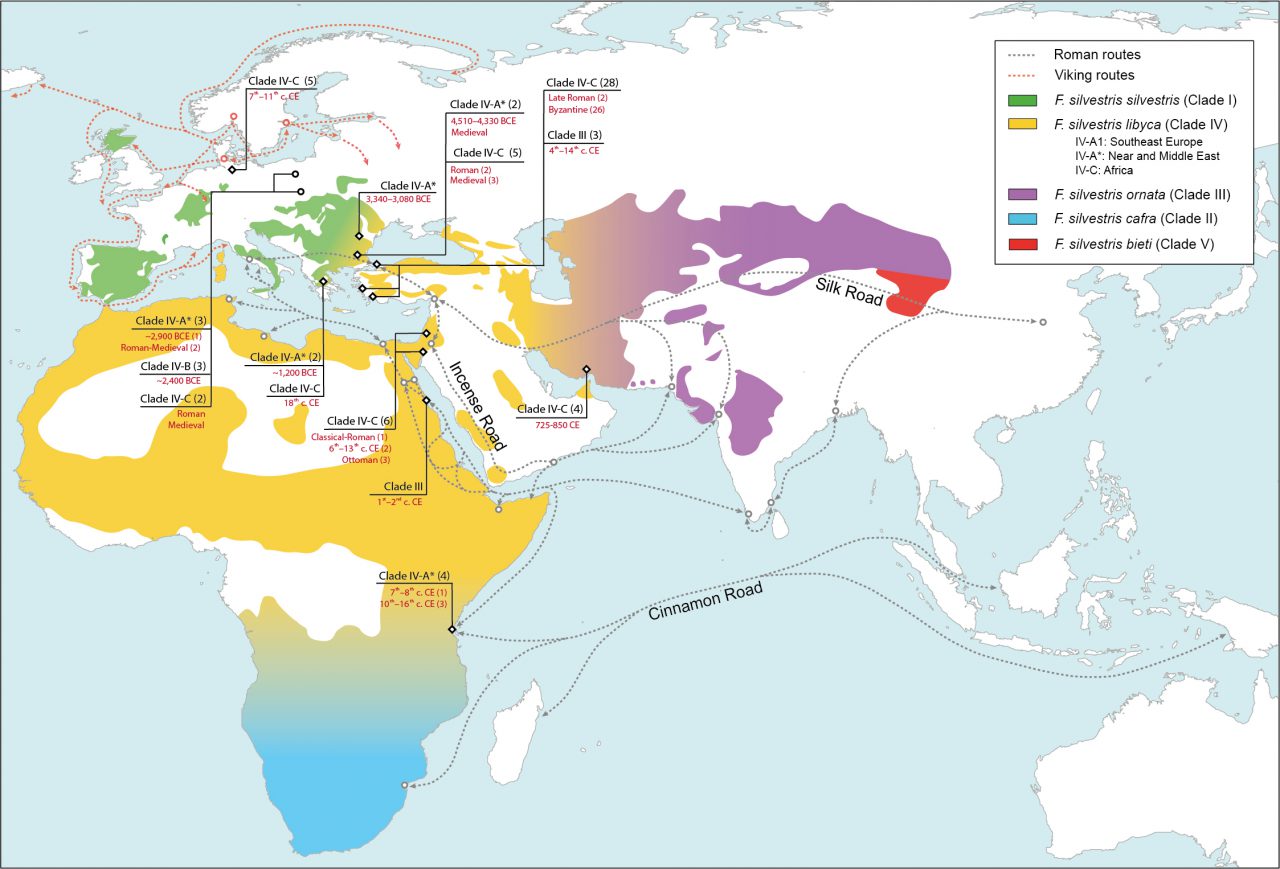 Skeletal samples for more than 800 cats from over 80 archaeological sites in Europe, Africa and Southwest Asia (see map below) are available for this project spanning several millennia from 10,000 BC to the 18th century CE. Sampling of the archaeological material and genetic screening were also funded by the National Geographic Society under grant agreement number NGS-61359R-19 “The making of a pet” (allotted to Claudio Ottoni). 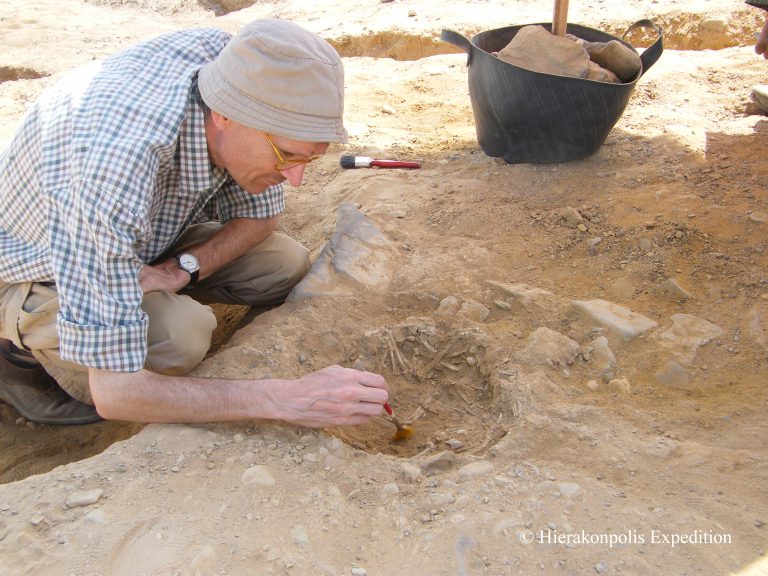 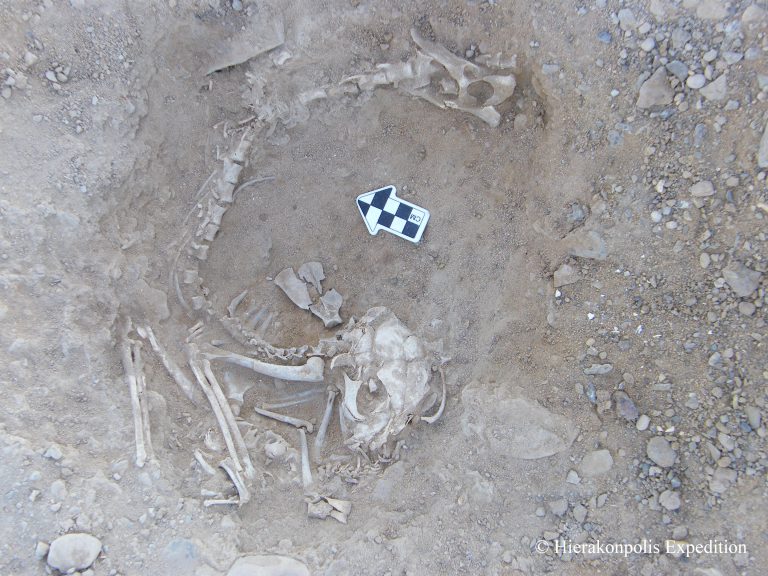 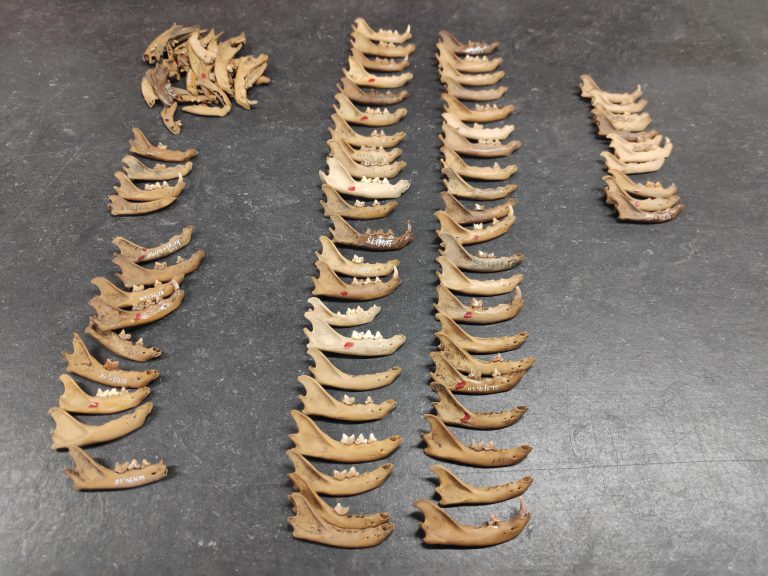 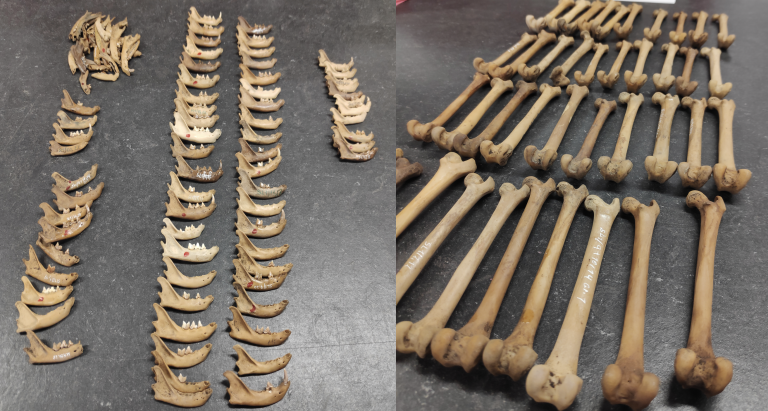 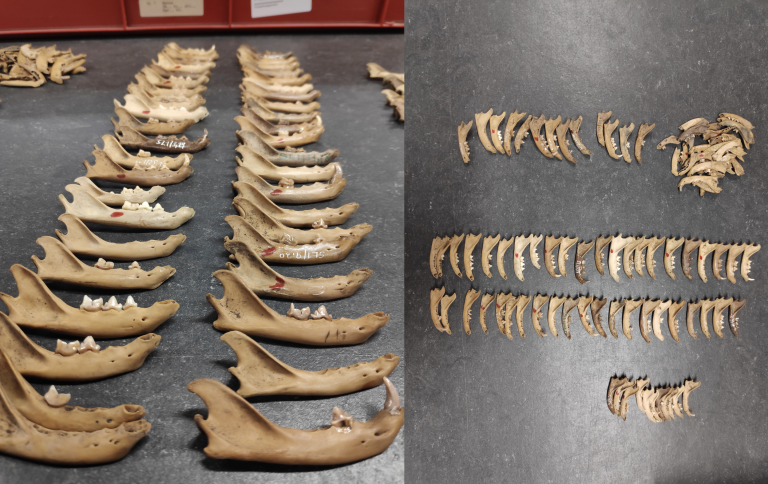 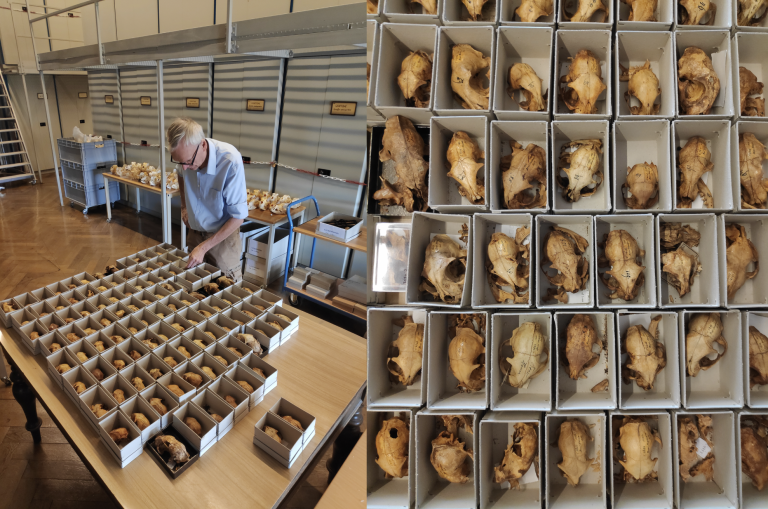